What are you looking for?

The 21st century has paved the way for some of the most brilliant technological advancements in the field of medicine. What used to be grave and debilitating diseases can now be cured, managed, and even prevented. In our constant efforts to find the best and newest treatments, many folks have turned to CBD. But, what is CBD?

Of course, there are still some health conditions that require further research to be solved or treated fully. Nevertheless, these medical solutions – in the form of procedures, equipment, and treatment through artificial and natural substances, have helped preserve a person’s health and wellness and improve the quality of life altogether.

One natural substance has been gaining popularity recently for a few reasons, but mainly for its perceived healing and medicinal purpose. CBD, which stands for Cannabidiol, is becoming more widely accepted and recognized medically because of a handful of benefits it provides to patients who have ailments that no other medications can offer. 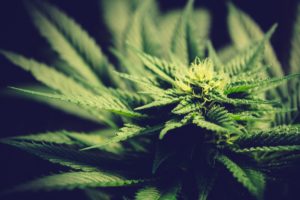 Photo by Shane Rounce on Unsplash

On the other hand, CBD is also being closely linked to – and confused with – another popular substance that is classified as a recreational drug: marijuana.

The first thing that we need to understand is that Cannabis has two primary species, known as Hemp and Marijuana. Cannabis is primarily a family of plants species. It has two classifications: the Indica and Sativa. Hemp and Marijuana are both members of the Cannabis Sativa family.

THC is the compound that is responsible for the brain’s chemical reaction that is psychoactive. It can bring out the feeling of being “high” or “stoned”, and this is a component of Marijuana.

On the other hand, CBD doesn’t have the same effect as that of THC because its compound is non-psychoactive. For this reason, CBD is widely used as a form of medicine that may help a number of health conditions and provide relief to those who have mental and physical discomforts.

What’s also great about CBD is that it comes from the hemp plant, which generally contains less than 1% THC, thereby making it devoid of the mental high that marijuana produces.

For this reason, it is ideal to be used in organic products, possible health care treatments, and health foods.

For eyes that are not well-trained, they will classify and identify Hemp and Marijuana as one and the same element. But taking a closer look or making the necessary study and research will prove that both have distinct qualities and physical appearance, so one shouldn’t be mistaken for the other.

Marijuana grows with shorter and thicker-bush like features that are greener in appearance. Meanwhile, hemp grows taller and often has a lighter shade of green. But as earlier stated, their differences go deeper than their appearance.

Aside from the medical field, there are other industries that make use of hemp. It is used in making paper products, fuel, feed for livestock, making of plastics, textiles, and other industrial products.

Because of its versatility and functionality, Hemp is used in the process of producing many raw materials. CBD oils may bring relief to a wide variety of ailments and conditions that include chronic pain, depression or even anxiety. Its beneficial effects are widely known and well-appreciated by those who have tried it.

Hemp has been regarded by some as the “wonder leaf” of our time. However, it is not yet widely appreciated commercially because of its link to Marijuana. Its legality and acceptance to be purchased over-the-counter are still being regulated since federal hemp regulations require CBD products to be THC-free. What does the future hold for CBD? Only time will tell!